How To Treat Gunshot Wounds When There’s No Doctor

Written by: Rich M Pain-Free Living Off The Grid 0 Accidents happen; that’s a basic fact of life that we have to deal with. We have a huge medical infrastructure to deal with those accidents. Even so, the action that is taken immediately, at the time and scene of the accident, can be the most important part of treating the patient and ensuring their survival.

This is even more critical in situations where medical services may not be available. I don’t care if you’re talking about a post-disaster scenario, a hunting trip or hiking in the mountains, people can get hurt. In any of these situations, and many more, you’re unlikely to find a hospital emergency room, ambulance or even an EMT standing there, ready and waiting for you.

Active shooter situations, as well, warrant the need for quick first-aid. One of the things that has helped to reduce the number of deaths in some active shooter situations, even with the shooters creating more casualties, is a major difference in police response. Law enforcement agencies are training the officers on the street in trauma care, especially for gunshot wounds, and providing them with an IFAK (Individual First-Aid Kit). This allows officers arriving on the scene to pick one casualty, provide them with emergency treatment, and transport them to an emergency room in their cruiser.

You or I can do the same, with just a little bit of knowledge and a basic IFAK. Please note that this is different than the type of first-aid kits we can find at the corner pharmacy, as it is intended specifically for treating major trauma cases, especially gunshot wounds.

Treatment of any wound starts out by assessing the condition of the patient. This shouldn’t take more than a second or two, with your eyes roving over their body, while you ask them basic questions (like their name) to ensure that they are lucid. The current acronym for this is SMARCHR, which stands for:

Basically, wounds fall into two different categories and have to be treated differently, depending on which category they are in. These categories are: in the limbs or in the body and head.

Treating Wounds in the Extremities

Before going on, let me say one important thing about tourniquets. I have heard different opinions about tourniquets over the years. Some people talk about them from the viewpoint of doing the least amount of damage to the wounded extremity, so that it might be saved. But if you are forced to apply a tourniquet, the patient’s life is in danger. Losing a limb is bad, but it is not as bad as losing a life. Your goal is to save their life, even if that means at the cost of them losing a limb.

The idea behind a tourniquet is to crush the artery against the bone, sealing it off. This means that the tourniquet is going to have to be very tight. That will hurt and the patient will complain. Don’t loosen it for them and don’t leave them alone where they could loosen it themselves. That could cause them to bleed out.

Not all tourniquets are created equal and many poor-quality tourniquets or makeshift tourniquets are unable to effectively accomplish their job. The best ones on the market are the SOF Tactical Tourniquet and the Combat Application Tourniquet; both developed by former military medics for use by the military. They are more expensive than others, but also more effective.

Whether you need to apply a tourniquet or not, you still need to treat the wound. There are several steps involved in this:

Abdominal wounds are much more serious than those in the extremities, even though they may not look as bad. The problem is that there are very few places that a bullet can pass through the body, without hitting organs and causing serious problems. Small caliber rounds or 5.56mm rifle round (which tumble when they hit) are worse for this, as they can ricochet in the body, causing more damage.

There is a high chance of internal bleeding in any abdominal wound. Not only that, but if the bullet passes through the lower abdomen, it is likely to puncture the intestines several times. This will release bacteria into the body cavity, which can cause serious infections.

It is nearly impossible to treat abdominal wounds in the field, because they generally require surgery to find the extent of the damage and repair it. Therefore, your top priority in these cases is to get the patient to a hospital emergency room, as quickly as possible.

Your first-aid treatment is going to be limited to controlling the external bleeding and protecting the wound from anything that might cause infection. Don’t try to repair anything, even if the intestines are sticking out of a hole in the body. Rather, cover them to protect them and move the patient, getting them to competent medical care.

Chest wounds can penetrate the lungs, which can be serious. But even more serious than this, is that the puncture of the chest cavity and lungs can create a condition where air is being drawn into the chest through the wound, but isn’t able to escape. This can collapse the lungs, preventing the patient from breathing. Allowed to progress far enough, and the patient will die from asphyxiation.

There are several ways of treating this, depending on what you have available to you and how serious the patient’s condition is. If the patient is having trouble breathing and the veins in their neck are distended, they are having trouble taking in enough air, because the chest cavity is partially filled with air and there is a flap of flesh covering the inside of the hole, preventing that air from escaping.

In that case, the air pressure has to be relieved. You can do this easily by sticking your finger in the hole and moving the flesh aside. You will hear air escaping from the chest, as the lungs inflate.

If there is a sucking chest wound, where air is passing in and out of the wound, you will need to apply a chest seal. The two best chest seals are the Hyfin and the Asherman. If you don’t have one of these available, you can improvise one from a piece of plastic sheeting (think plastic bag) and tape. Cut a piece three or four inches square and tape it to the chest, over the wound, on three sides, leaving the fourth side open for air to escape through.

Previous: 14 Reasons Wood Cookstoves Are A Homestead Must-Have
Next: The Best Immune-Building Soup Recipe … Ever? 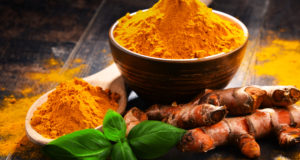