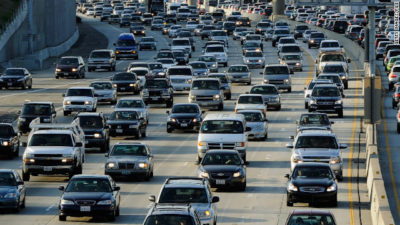 Vehicle tracking systems in new cars could soon become a reality, with the federal government requiring it and then potentially using the technology to tax and follow citizens.

In just a few weeks federal officials may approve the GPS “safety devices” installation requirement. As previously reported by Off The Grid News, such devices could pave the way for mileage taxes and become a target for cyber hackers, as well.

Vehicle-to-vehicle (V2V) communication devices are currently being debated by the National Highway Traffic Safety Administration, according to ABC News. A V2V system allows cars to “talk to each other” and are being touted as accident prevention devices by supporters. Those opposed to the techno gadgets most often consider them an example of government overreach, data mining, and a citizen tracking initiative – sans warrant, of course.

A recent Government Accountability Office (GAO) study claims that V2V devices could offer warnings to drivers that could potentially prevent 76 percent of multiple vehicle accidents. According to highway collision statistics, there are approximately 5.3 million car accidents and 32,000 drivers and passengers killed in wrecks in a common year.

An excerpt from a recent GAO report about vehicle tracking systems reads:

The continued progress of V2V technology development hinges on a decision that the National Highway Traffic Safety Administration plans to make in late 2013 on how to proceed. … One option would be to pursue a rule requiring their inclusion in new vehicles.

But the year ended without the NHTSA issuing its decision.

GAO Physical Infrastructure Director David Wise went on to add that the success of smart cars and the GPS tracking technology is dependent upon vehicles possessing the same system so they can talk to each other while on the road. Wise also acknowledged the controversial privacy concerns the V2V systems propose. “Privacy is the real challenge,” he told ABC News. “Who has access and how do you secure the data?”

The government staffer also noted the possibility of a cyber hacker gaining access to the system and literally wreaking havoc on highways across the nation. Such a possibility also brings to light potential national security and terrorism concerns. During such a cyber warfare scenario, a domestic or foreign terrorist could hack into the V2V system of a tractor-trailer carrying explosive or toxic materials and essentially create portable bombs.

The vehicle tracking systems also reportedly have the capability to record alleged traffic violations and mail tickets to drivers. If a V2V system thinks that a driver engaged in a rolling stop or drove one mile over the speed limit, a ticket could soon appear in the vehicle owner’s mail box.

The possibility of a mileage tax was raised and hotly contested by rural residents late last year. The vehicle tracking systems now under consideration by the National Highway Traffic Safety Administration appear to make such a new tax a far more likely possibility. Both the American Civil Liberties Union (ACLU) and the Tea Party have been vocal in their opposition to a mileage tax.

Americans who live in an area where they can walk, bike or hop on a bus to get to work, the doctor, or the grocery store may not understand how expensive a mileage tax would be for the folks who live in rural areas.

Several states unwilling to wait until the federal government decides whether or not to mandate the tracking devices opted to initiate their own pilot programs. In Oregon, approximately 5,000 drivers agreed to install V2V type devices in their cars and pay mileage fees instead of gas taxes during the study. New York City is considering a similar program and Nevada also recently completed a smart car pilot program. A group dubbed the I-95 Coalition, which consists of 17 state level transportation departments, are pondering how to implement a GPS tracking device system in cars in their respective states.

How do you feel about vehicle tracking devices and a possible mileage tax?

Previous: Foolproof Wild Edible Plants #1 – Easily Identify Common Wild Plants that You Can Eat
Next: Debunking The Myth That Healthy Food Is Expensive