Ancient Greek and Roman religion meant having a family shrine (with hearth and fire) like this one discovered at Pompei.

Greek And Roman Religion – The Worship Of The Dead

When we think of Greek and Roman religion or the classical world generally, we usually have in mind the kingdoms and empires that grew out of the city-states of ancient Greece and Italy. And when we say Italy, we usually mean Rome. The Greek and Italian peoples, like the Aryans who lived farther east, were descended from Noah’s son Japheth. In fact, in the ages long before Homer and Hesiod, they shared a common religion. And long before the sons of Japheth invented the gods of Olympus, they discovered divinity much closer to home. They found “God” or “the gods” in their own souls. Each man of the house, after shedding his mortal flesh, became a god to his descendants.

The Greek and Roman religion was really not very different, in its general principles and practices, from the religions of the rest of the pagan world. As we have seen, all pagan religion shared a belief in the continuity of being, the impossibility of a created Universe, and the inherent deity of every man.  This focus on the deity of man meant most pagan cultures, in some sense, worshiped the dead.

More specifically, in Greece and Rome, each family worshiped its own ancestors. It also meant each “father god” then, was interested only in the well-being and continuity of his own descendants. So each “father god” sought worship and ritual only from its own family. The “father gods” did not share worshipers and they received only the rites and rituals practiced by their own families. Even though these rites shared broad similarities in each respective culture, the specifics were peculiar to each family and known in detail only to the father of the family. These were then passed down to his own or an adopted son.

“Chthonic Gods” Are Basic To Greek And Roman Religion

These ancestral gods were not heavenly, but chthonic. That meant they were subterranean gods. According to the oldest beliefs of the Italians and Greeks, the soul did not go to a collective or community underworld. (The concept of Hades came later.) But rather, the soul remained near and dwelt in the tomb. Without a tomb then, the soul had no dwelling place. It had no home. It became a wandering and malevolent spirit that tormented the living: “it brought diseases upon them, ravaged their harvests, and frightened them by gloomy apparitions, to warn them to give sepulture to its body and to itself. From this came the belief in ghosts. All antiquity was persuaded that without burial the soul was miserable and that by burial it became forever happy” (The Ancient City, 16).

Further, these entombed “father gods” had to be fed. This was the duty of the living. Lucian, writing in the 2nd century A.D., tells us, “The dead are nourished by the provisions which we place upon their tomb, and drink the wine which we pour out there; so that one of the dead to whom nothing is offered is condemned to perpetual hunger.” Even earlier, Cicero offered this admonition: “Render to the manes what is due them; they are men who have quitted this life; consider them divine beings.” The manes Cicero mentioned were the household gods… the family’s ancestral spirits.

A soul or father god that was honored in the proper way became a “tutelary” deity or guardian. He loved those who brought him reverence and worship which to him were his nourishment. To protect his worshippers he continued to be active in human affairs and frequently played an important part there. Even though he was dead, he became the family and household protector. His living family prayed to him and asked for his support and his favors” (23-24).

“These human souls… deified by death…  were what the Greeks called demons or heroes. The Latins gave them the name of Lares, Manes, Gennii” (24). Note the word “demons” here. It is not without cause that the gospel writers chose the same Greek word to describe the fallen angels that opposed Jesus’s ministry. “Still it is certain that the oldest generations of the race from which the Greeks and Romans sprang worshipped both the dead and the hearth-fire—an ancient religion that did not find its gods in physical nature, but in man himself”  — Numa Denis Fustel de Coulanges, The Ancient City (1955)

The “Father Gods” Of The Family Hearth

In the house of every ancient Greek and Roman stood an altar with a fire. The male head of every household was religiously bound to keep that fire or its coals burning and “alive” day and night. This altar fire was to burn perpetually as it had supernatural properties as well. It along with the “father gods” of that family, blessed the family with life, prosperity, and safety. The family meals were also sacred rituals. “The god presided there. He had cooked the bread, and prepared the food; a prayer, therefore, was due at the beginning and the end of the repast” (27-28). The family rituals which were interwoven with the meals required exacting dedication and precision. Sloppiness and carelessness would offend the god and could initiate sanctions from that spirit.

The hearth fire was the single most important place of religious activity in Greek and Roman worship for centuries, “and the newer and greater gods could not dispossess him of this place” (30). Eventually, in the traditions of these cultures… the hearth fire gained a human form and a name… Hestia or Vesta. It is a feminine name and form because the word for altar was feminine.

Does this mean the ancient Greeks and Romans had two religions, one of the dead “father gods” and one of the hearth fire? Nope. As far as I can tell, they were never mutually exclusive. In fact, “They were so closely associated that Greek and Roman religion made the two ‘one religion’ as they were merged into one. Hearth-fire demons, heroes, Lares, all were confounded” (32).

The Social Order In Greek And Roman Religion

This collective worship created the family. It assigned to each member his or her responsibilities. The husband and father tended the hearth-fire, oversaw the family meals, and performed the funerary rites for the dead. He was the family priest, a spokesman for the gods, and the next in line to become a god himself. He was, therefore, the lord and judge of the family. His was the final word.

As an insurance policy for his ancestors and eventually for himself, each man needed to marry and beget a son. He needed a son who would faithfully carry out the traditional rites after he was dead. Faithful sons were crucial to this ancestor worship. Sons who did not marry were traitors to the family, to its past and future. Ostracized sons lost their place in the family’s worship and so in the family itself. Adopted sons, however, could find a place at the family’s hearth and in due time take up the role of a family priest. For ancient Greece and Rome, the family religion trumped blood relationships.

Greek And Roman Religion Had No Real Role For Women

Daughters played no central role in family worship. Daughters would inevitably marry into other families and so join in the worship of other father gods. That made the marriage ceremony a key element in Greek and Roman religion.  With her father’s permission, the daughter formally abandoned one hearth fire and its related ancestral father gods and committed herself to the fire and the ancestors of her husband’s family. Interestingly, each family had a role to play in leading the young woman through this transition.

Nonetheless, even if women were of little account, the mother of the home was honored to the extent she could bring sons into the world. Without her contribution, there would be no one to maintain the fire or feed the gods. But should she commit adultery… she would confuse and degrade the whole line of priestly descent in the home. Bastard sons could not perform the required rites. They could fake it and go through the motions, but the real father gods, who knew all the family secrets (and therefore its true sons) would certainly reject their worship. The father gods would then go hungry and the real terrors would begin. Because this matter was so desperately serious, husbands had the legal right to execute adulterous wives. 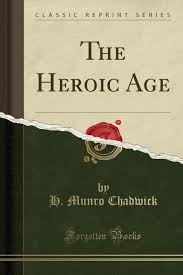 “In Classical Greece, chthonic worship and hero worship seem on the whole to be more prominent than that of the gods.” —H. Munro Chadwick, The Heroic Age (1912)

The Role Of Property In Greek And Roman Religion

Finally, there is the issue of private property in Greek and Roman religion. Since the ancestral tomb was in a fixed location, the ground where the tomb was located necessarily belonged to the family. It was the family’s job to tend to the tomb. The same was true of the hearth fire. It too had a fixed location. That meant the home that surrounded and protected the hearth fire needed to belong to its family forever. This also meant that neither the tribe nor the city had the legal authority to break this sacred and legal bond.

And so ancestral worship, like all worship, defined the personal and social ethics of the related families in that culture. It created, defined, and undergirded marriage and the family, and established a basis for inheritance and property. What it could not do was establish a motivation for charity. Those outside the family and those outside the immediate needs of the family gods were strangers, aliens, and even enemies. “Love your neighbor” is something the gods in Greek and Roman religion would never say. The truth is, “love your enemy” would have been beyond their understanding. These concepts would certainly not be part of the Greek and Roman religion or worldview.

Conclusion: The Staying Power Of Ancient Greek And Roman Religion

I wanted to cover the worldview of more ancient Greek and Roman religion before I moved to Greek and Roman philosophy, along with the deities of Olympus and the Greek polis. It’s important to understand the weight and staying power of “father god” ancestor worship as the ancients perceived it and lived it. This world and life view remained a major undercurrent of Greek and Roman religion throughout the golden age of Greece and well beyond. In fact, “… it became rooted so deeply in the minds of this race that the brilliant religion of the Greek Olympus could not extirpate it; only Christianity could do this” (33).

And as history reveals… Christianity emphatically did just that. There was such a stark contrast between the two worldviews that the Romans thought the Christians had lost their minds. Further, because they had no hearth fire or pantheon concepts that informed their Christian worldview… they were called atheists by the Romans. Meanwhile, the apostle Paul continued to talk about the unsearchable riches of Christ.

With him, I say… rejoice.

Previous: 6 Popular Survival Strategies That Will Probably Get You Killed
Next: 5 Things You Better Get Off The Internet Before The Grid Goes Down