The Best Used Budget Pistols You Can Buy (For Around $300) 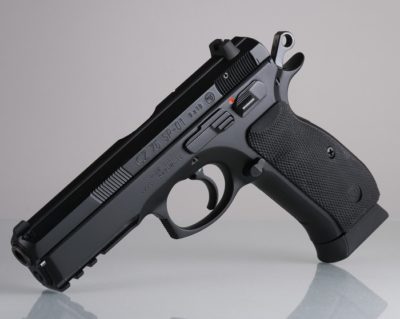 If you’re into self-defense, one item that cannot go overlooked is the budget-priced handgun. You might treasure your $800 Sig P226 or custom 1911, but there are times when something else is more appropriate.

We are not talking about “cheap pistols made from spurious materials,” but rather proven platforms that can be had for a fraction of the price of new state-of-the-art handguns. The reasons for these types of firearms are many, and we will examine each one of them.

In today’s day and age, not everyone has the means to buy a $1,000 pistol and heap the same amount in custom work on top of it. For the average working-class shooter who has to provide for a family, make the rent, factor in car repairs or gas to work, there is simply a matter of balancing the household budget — and the difference between a few hundred dollars can look like financial ruin.

But there are many other reasons you should consider a budget pistol. For starters, it could be stolen. This is more the idea of: “If my handgun is stolen out of my car or luggage, do I want to be out $1000 or $350?”

My advice: Don’t leave a firearm in a vehicle. For many years I did (a police trade-in Smith & Wesson Model 6906) and one fateful day it was stolen. However, some people insist on doing this and in those cases a cheaper alternative is preferable.

Another consideration: Should your pistol be used in self-defense, depending upon the jurisdiction, it may be taken away from you as evidence. In the day and age of Facebook, Twitter and Instagram, it may bring friends or family members of the assailant to your door looking for revenge. It makes sense to have another alternative, if necessary.

So What Are We Talking About?

Ten or 20 years ago, this would have been about the “police revolver.” Nowadays, though, those old police trade-in revolvers are appreciating as collector’s items and some of our budget handguns may do that as well, but this is not a collector speculation article. This is about choosing something viable to save your life. The hottest handgun of the 1980s has been turning up as a “police trade-in” from a variety of sources. One of the best deals is the Beretta 92S that were former Italian police pistols. These double-action 9mm auto-loaders resemble the same pistols used by the US Military with a few exceptions: a European-style magazine release, different magazines and a safety mounted on the left side only. I have seen these pistols offered as low as $229. It may not be an ideal concealed carry piece, but I would take it over a Hi-Point for home defense any day of the week.

For a little bit more money, genuine Model 92 FS pistols have been coming in from various departments that are a little rougher condition-wise, but the upgrades such as night sights, the ambi-safety and the US mag release puts them in the $300-$400 range.

On the smaller side, various Beretta model 84s and 85s in 380 ACP have been turning up from former Israeli police service. A seven-shot 380 like the Model 85 for $300 may not sound very attractive, as these pistols run on the large size, but the Model 84’s double-stacked magazine holds 13 rounds.CZ

From CZ and Tanfoglio there are a number of double-action pistols hitting the surplus market for the same price point as the Berettas. Like the Berettas, they can be had from Aim Surplus, Southern Ohio Gun and CDI Sales.

The CZ75 is a classic design that is reliable, and spare parts and magazines are always in supply. Even if an actual CZ75 is not available, the Italian-made Tanfoglio clones, sometimes imported by EAA, can be had for very reasonable prices. Likewise, there are the reliable Jericho pistols made in Israel that operate on the same principle.

I have found the Tanfoglios as cheap as $225 in a little rougher shape finish-wise with some minor pitting, but this is for a dependable and accurate pistol, not an heirloom piece intended to be left in the safe.

Working guns can come from the ranks of Glock, SIG and Smith & Wesson that were former police pistols. The prices may run a little higher, but magazines and spare parts are still widely available for these fine handguns. Some may show holster wear or have department markings on them, but they are usually just a casualty of either a department upgrade to a new caliber or more modern generation.

There are lots of options out there and while it might be comforting to have several high-end pistols at your disposal, do not be so quick to turn your nose up at a bargain priced pistol that is still completely functional and relevant.

Previous: The Incredible Healing Power Of Essential Oils — For Livestock
Next: 12 Overlooked Items No One Includes In Their Preps (But Should)