Lost In The Woods: 5 Tricks For Finding Your Way … Without A Compass 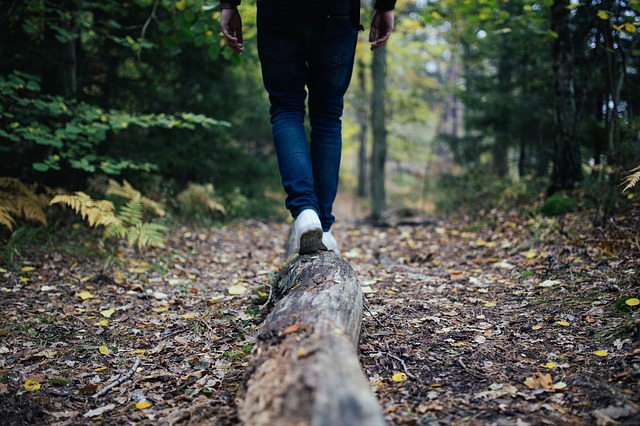 After numerous fishing, hunting and backpacking trips, I’ve found myself lost more times than I’d like to admit. Over time I learned the hard way and spent a good amount of effort learning some basic techniques for those occasions when I simply assumed I wouldn’t need a compass.

We all know a compass points north. At least to magnetic north, which is close enough to true north to help you get where you want to go. But if you don’t have a compass, there are a few other ways to make sure you stay on course:

1. Know that the sun rises in the east. Or at least very close to true east. Figure out where the sun is rising and the opposite is west. If the sun is rising to your right then straight ahead is north. You should be able to figure out south and west from there. The same rules apply as the sun sets in the west, but if you’re still lost you’ll probably want to make camp rather than wondering around after sunset.

2. Know that the North Star is in the north. It’s actually true north. If it’s not cloudy, then you’ll find it at the tail end of the Little Dipper. Lay a stick on the ground with a couple of small sticks to make an arrow so you can wake up in the morning and remember the direction. The sun rising to your right in the east also will confirm that your arrow is correct.

3. Drive a stick into the ground about 12 inches high. Assuming it’s sunny, it will cast a shadow. Put a small pebble at the end of the shadow. Wait about 15 to 30 minutes and the shadow will have moved. Put another pebble at the end of the shadow. Now draw a line through the two pebbles. You now have an east/west line. Look at which side the shadow is pointing over that east/west line. It will be pointing in a northerly direction given the sun favors the south side of the sky. Draw a line through the east/west line at a 90-degree angle and you’ve got your coordinates: north, south, east and west.

4. Make your own compass. You’ll need a needle, a piece of wool or silk, a leaf and a puddle of water. Rub the needle with the wool or silk about 100 times and the needle will actually acquire a magnetic charge. You also can (carefully) rub the needle through your hair. Place the leaf delicately on the pool of water and place the needle on top. If there is no wind, the needle should align with magnetic north. The thicker end of the needle (the side with the eye) will favor the northern direction. You also can use shadows (shadows tend to favor north) to determine which way your needle is pointing. From there, you can figure out your coordinates.

5. Look for moss on (certain) trees. There are a lot of skeptics about this technique, but it can work if you find the right tree. Look for a solitary tree that is openly exposed to the sun. Moss likes shade, and the northern side of a tree is typically in shade most of the day. If the tree is deep in a forest, it will be a far less reliable source to base direction on, as shade is more common there and the appearance of any green or moldy growth could surround the trunk.

Knowing which way is north, south, east or west has little value if you have no idea what lies in any direction. Before you depart for that casual walk in the wilderness, take some time to understand the general location of key landmarks like a road, river, lake or highway. If you know there’s a road to the north and a river to the south, you’ll at least have a chance of finding your way back when you arrive at that landmark.

What survival advice would you add? Share your tips in the section below:

Previous: Starving Venezuelans Are Now WALKING To Colombia For Food
Next: 17 Amazing Ways Duct Tape Can Save Your Life (Hopefully You’ll Never Have To Try No. 10)